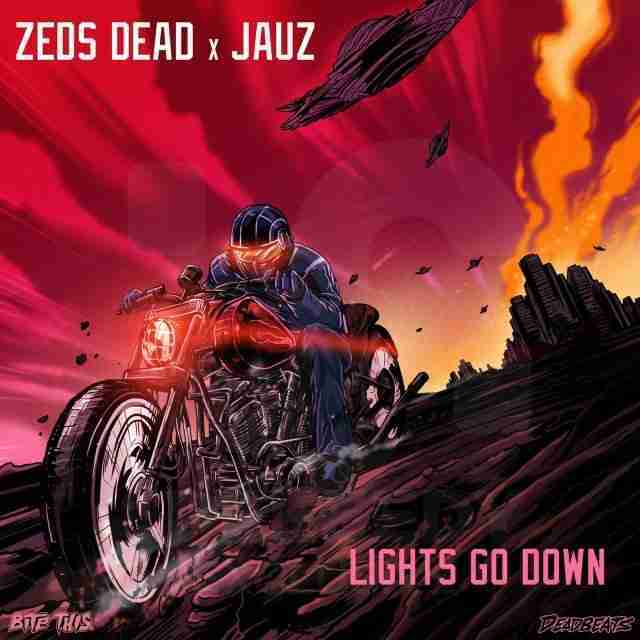 In preparation to Zeds Dead and Jauz‘s B2B New Years Eve weekend show, Deadbeats Goes Off The Deep End on Friday, December 29 at the New York Expo Center in the Bronx, New York, the heavyweight electronic duo and Shark Squad leader have let their drum and bass “Lights Go Down” collaboration loose, and it’s flawless.

Jauz and Zeds Dead will be performing a B2B set aside from their individual sets. They’ll ring in the new year with a profound imprint after artists like Zomboy, Bro Safari, Mija, and GG Magree have performed.

Sam Vogel, better known by the Shark Squad as Jauz, is a dubstep producer, DJ, and musician. He grew up in northern California and started producing electronic music on his computer at the age of 15. Prior to latching onto the Jauz stage name, Vogel was producing future house tracks. Kennedy Jones played out one of Jauz’s remixes and introduced him to his current manager, Moe Shalizi, who greatly assisted him in getting his music released through Borgore’s Buygore label. At the beginning of his career, Vogel’s tracks immediately caused Diplo, Skrillex, and Borgore to turn an ear and pay attention.

Originating from Toronto, Canada, Zeds Dead is an electronic music duo that is comprised of Dylan Mamid and Zachary Rapp-Rovan. They began garnering attention and traction on their music back in 2009 and 2010 by releasing remixes and original music. They’re a paramount in today’s electronic music industry by being an exploratory duo, dabbling in genres like house, electro house, hip-hop, and more. On March 1, 2016, Zeds Dead announced the inception of their label, Deadbeats. To partner the label’s debut, they released “Back Home” (ft. Freddie Gibbs).