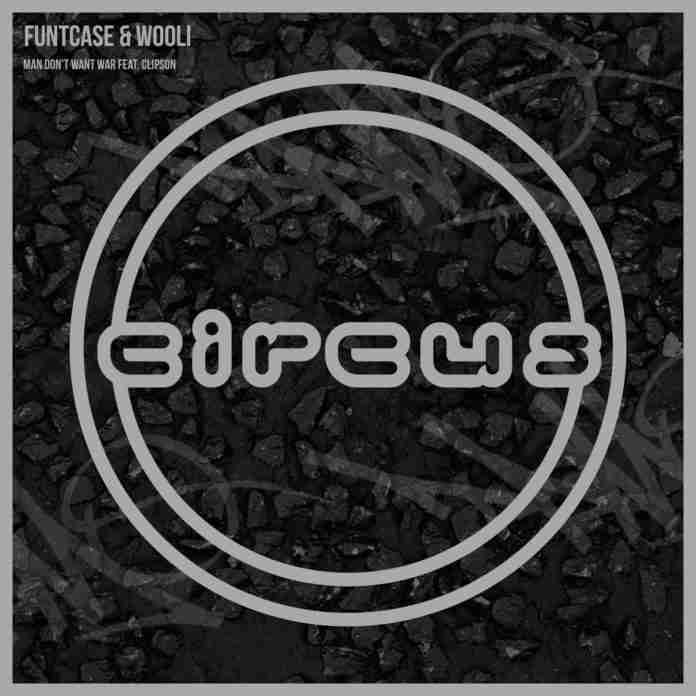 FuntCase is continually shaking up the bass music scene with his releases. As if he’s not done enough shaking, he’s just unleashed another powerful track off of his forthcoming DPMO Vol. 2 EP. His former DPMO, Vol. 1 release completely shook up the scene with agonizingly powerful bass heaters from a myriad of dubstep and drumstep heavyweights. Tag teaming with grungy burgeoning bass producer Wooli, FuntCase drops his heavyweight “Man Don’t Want War” on Circus Records.

“Man Don’t Want War” opens with a thunderous kick, a fast-moving arpeggio, and orchestral stabs on the down beats. Clipson‘s harsh rapping comes through with an equally as lively energy. The drop opens up into a signature Wooli sound with a slamming percussive groove and metallic synths and basses. As per usual, neither producer allows for the energy to die down, so prepare yourself before you jump in and stop this madness. It’s not going to happen.

The bass purge that is DPMO Vol. 2 is just around the corner. It seems as through there’s not going to be any lightening up anytime soon.