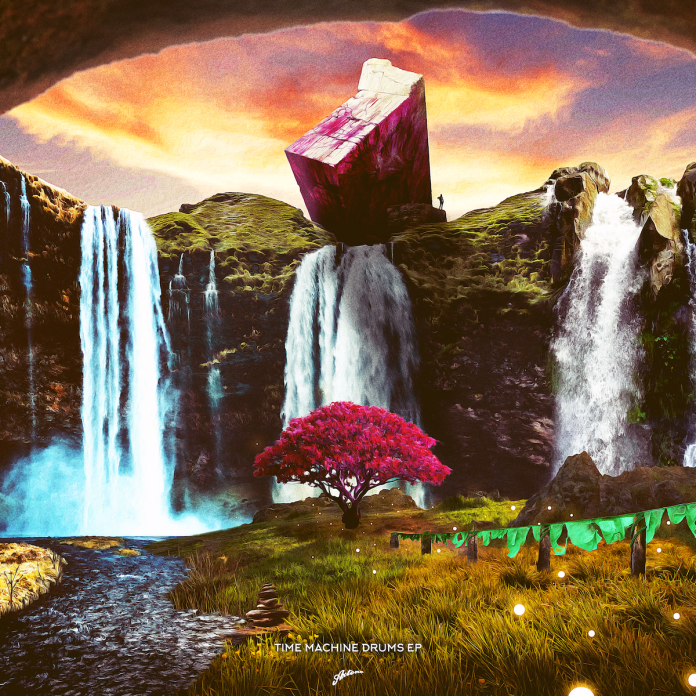 Wiwek has jumped into the rhythm and groove with heavy Time Machine Drums EP on Axwell‘s Axtone Records.

The electro and deep house genre-blending EP consists of three pulverizing tracks, “Follow Me,” “Oolala,” and “Victory Dance.” Each track progresses and adds a new level of intimacy and energy to the stage. The beginning track, “Follow Me,” opens with an intrinsic and deep barrage of basses and percussion while energy invites us to follow Wiwek into the forthcoming tracks.

“Oolala” carries a similar energy into the track without letting down and relieving the power of the percussion. A different vocal with a Crazy Frog-like tonality embarks on this journey of “Oolala.” And it works incredibly well with the other instruments throughout.

The final track is “Victory Dance,” and after this pounding EP, Wiwek deserves to indulge in a dance of victory. The lightweight hi-hats stand back and allow the force of the organic drums to float through and carry the listener into the victory dance. A fast-paced snare takes hold and commands a respect during the drop.

“I am really fond of implementing traditional percussion in a modern musical setting,” Wiwek states in a press release. “With the electronic possibilities we have now, you can fuse everything you want. One thing I’ve always been amazed by is the energy of traditional percussion and how those rhythms and sounds make people move. With this EP I wanted to recreate this with the sonic power of electronic music. Putting the drums in a time machine.”

Many of Axwell’s fans may recognize Wiwek from his track “On Your Mark” with Gregor Salto since it’s a common tune played in Axwell’s sets. In 2016, Wiwek teamed up with Skrillex’s label OWSLA to release The Free and Rebellious EP, which included his collaboration with Skrillex on “Killa.” The track became the soundtrack for a short film called Still in the Cage that Skrillex and Wiwek produced together.

Knife Party discover themselves in ‘Lost Souls’ EP, first in 4...