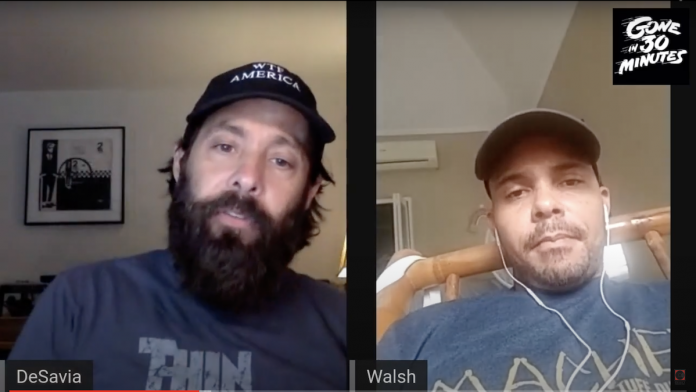 The structure of the show is short and to-the-point in a 25-minute interview with a 5-minute ‘Lightening Round’ of unique questions. The show gives fans and listeners an inside look into how artists are spending their days in the crazy 2020 landscape as well as how they’ve acclimated to it. Upcoming guests include Matt Berninger, William Bell, Matt Nathanson, Mr Hudson, Camilo Lara, Embrace, George Thorogood, Duff McKagan, and Rhett Miller.

Walshy Fire‘s episode goes into the discussion of how his creative process has changed since the pandemic hit the United States. He talks about how he left the states for his home country of Jamaica and how it’s helped him remain creative and ahead of the curve. Even after Major Lazer’s split, Walshy Fire continues to keep himself busy and productive as one of the industry’s key players.

Gone in 30 Minutes is presented by Craft Recordings, the catalog label team for Concord Recorded Music. The host of this video series is Tom DeSavia, a Grammy-nominated co-author of two bestselling books about the Los Angeles punk rock scene.

“It’s a privilege to get to speak to creators around the globe during this time in history, finding the commonalities in both struggles and personal success among our creative community,” says DeSavia. “It’s also a great excuse to see old friends and make new ones while we’re social distancing from each other. It’s a real lifeline for me that I’m thrilled and honored to be able to share with others.”

Gone in 30 Minutes will be available on Concord’s YouTube channel as well as IGTV on their Instagram account. In addition, it will be accessible via all podcast platforms, including Apple Podcasts, Stitcher, and Spotify.