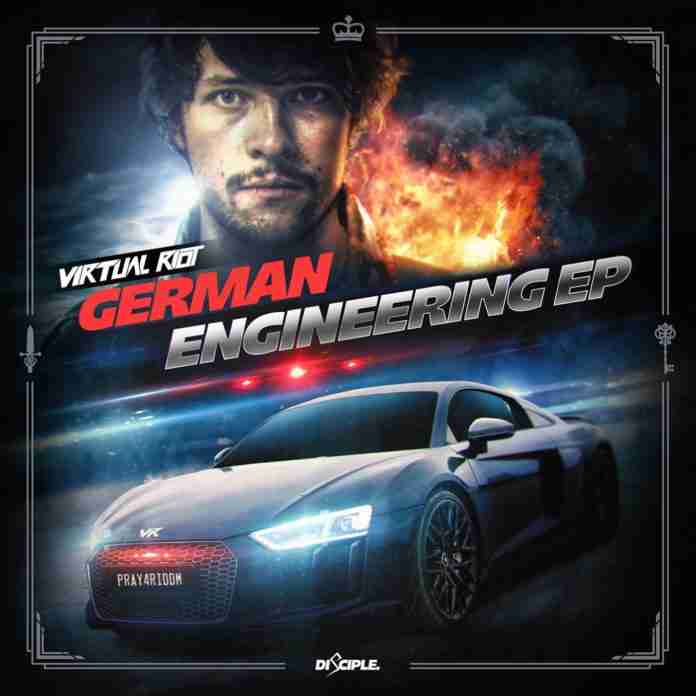 As the dubstep genre continues to evolve, quickly rising pioneers like Virtual Riot are ensuring that the grimiest of dubstep receives notable mentions for years to come. The German producer has just released his heavy German Engineering EP on Disciple Records.

Recently, Virtual Riot has released his “Everyday” VIP with Yosie as well as an earth-shattering collaboration with Datsik on “Warriors of the Night.”

Virtual Riot jumpstarts the engines for this heated EP with “Pray For Riddim.” Virus Syndicate jumps in the car for “Show Up,” a glitchy, trap-infused bass cannon. German Engineering continues to flow and the engine’s pistons move faster and faster. For “Jump the Gun,” Virtual Riot embeds a few of his melodic elements that complement subtlety, yet invite energy and ambition. “Komputermusik” and “The Darkest Knight” finish off the German Engineering EP with a much mellower tone, one that fans are extraordinarily fond of and admire.

The German electronic music producer will continue to pave a way for his successes and re-defy electronic music. He’s showing no intentions of slowing down, and it’s going to be an exciting ride to see and hear where it takes him.

Christian Valentin Brunn is the dubstep mastermind behind the Virtual Riot alias. He’s a German-born producer and has released multiple albums and EPs on well established labels like Disciple Recordings. Alongside releasing a handful of albums and EPs, Brunn has designed sample packs for industry standard VSTs like Native Instruments’ Massive and Xfer’s Serum. He has also released a self-titled sample pack on Prime Loops.

Rusko dropped ‘Look Out!,’ his first release since being cancer free