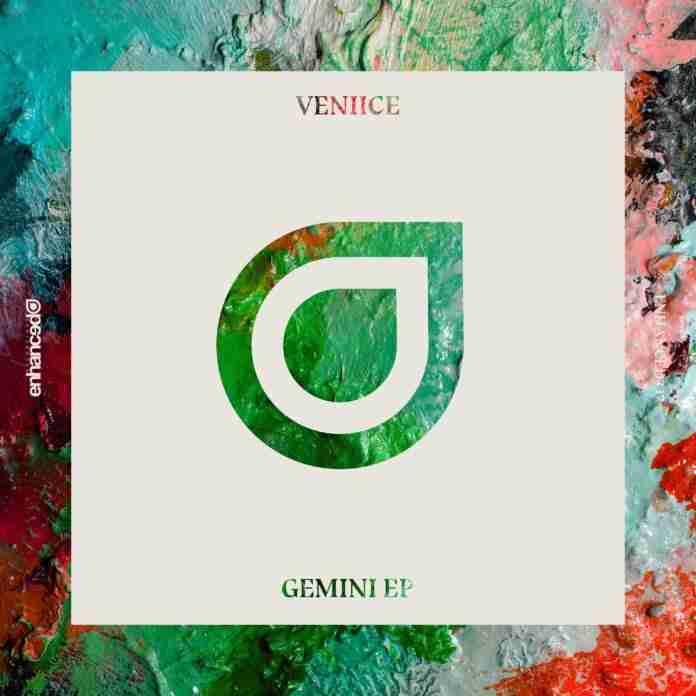 Veniice makes his epic return to Enhanced Music with a catchy EP titled Gemini after his debut release “Enough,” which featured Matthew Steeper, Zav, and Karra.

Veniice begins the Gemini EP with angelic vocals from Alice Berg on “Lost.” He takes a deep dive into his roots and produces a track that flawlessly weaves between the lines of trap and dubstep. The second track, “Getting Closer,” moves into the house music vibe with sharp percussion elements and head-turning vocal chops and bass. It features vocals from Danyka Nadeau. Gemini comes to a close with “Let Go” and “Enough.” “Let Go” features warm vocals from DYSON. It’s pumped full of future bass stylings and epic finishing sounds.

Alex Marrero is the creative genius behind the Veniice alias. He made his debut at Miami Music Week in March of 2015. This colossal debut loaded the burgeoning producer with firepower that quickly ignited shortly thereafter. His dedication, passion, and success within the electronic dance music scene has landed him a performance at the world-renowned Electric Daisy Carnival. He’s received support from artists like Armin van Buuren, Above & Beyond, Paul Oakenfold, Ferry Corsten, Andy Moor, and many more.

Whethan & Louis The Child link up for stunning 6-track mixtape,...