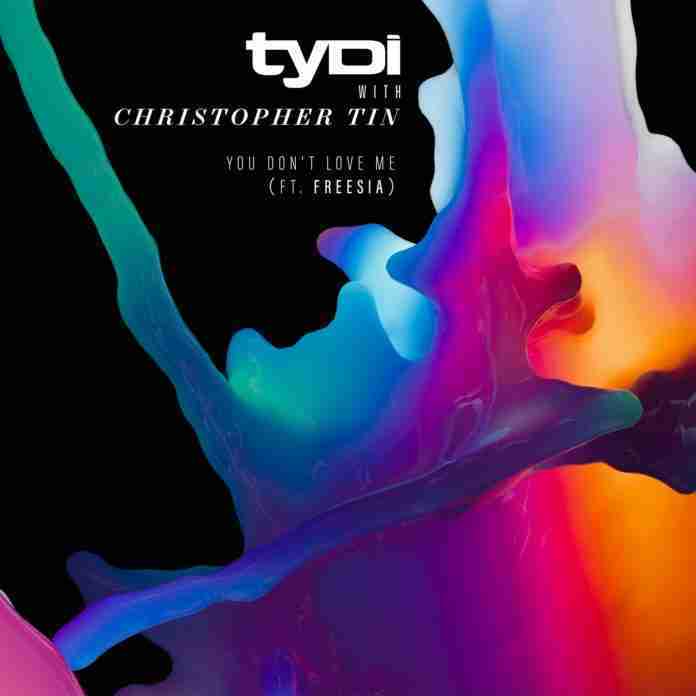 Artists like tyDi continue push the barriers of what electronic dance music claims to be. His latest release, “You Don’t Love Me,” with composer Christopher Tin and Freesia on the vocals breaks all molds that are electronic music. The Australian DJ, producer, remixer, and multi-talent has set a goal for himself to not conform to musical standards and carve out his own unique sound.

Those that don’t quite understand the EDM genre tend to knock it before they rock it, adding that it “all sounds the same.” In most cases and for certain sub-genres, sounding the same is almost unarguable, as a lot it does. To an untrained ear or lack of exposure to the genre and what it beholds and is capable of, electronic dance music can be a big turnoff to most.

“You Don’t Love Me” opens with Freesia’s vocals and a beautiful piano. It introduces many of the percussive and orchestral elements that will be heard throughout pretty quickly. TyDi’s paramount sound is heard prominently during the drops, especially in the synths. It brings us back to his nostalgic “Forever,” which featured Michael Paynter.

“You Don’t Love Me” is a follow-up track to tyDi’s previous revolutionary track, “Did You Know?,” which featured Christopher Tin and London Thor.

“You Don’t Love Me” is a very emotional piece for tyDi, citing that it “absolutely killed my heart to write.” Freesia’s cunning vocals add an unprecedented shimmer to the overall piece while blending with the track’s emotions and holding back the true power she’s capable of, allowing for Tin’s impeccable string section to take the reigns. TyDi adds his signature electronic style that his fans know, love, and have come to instantly recognize.

The song that absolutely killed my heart to write… but looking back I am SO proud to get this all out of system & move on!! #COLLIDE https://t.co/gAqgFn5prS

“You Don’t Love Me” is a piece where three completely different artists with many varied talents embark the listener on a sonic journey by writing three different songs and combining them into one… flawlessly.

This style of music is very much welcomed into today’s electronic music industry, and we’re going to see tyDi leading by example when it comes to revolutionizing electronic music.

Tyson Illingworth, better known by tyDi, is an Australian electronic music songwriter, DJ, and record producer. At 17, he was signed to Armada Music, Armin van Buuren‘s label. In 2008 and 2009, he was Australia’s No. 1 DJ and also the youngest recipient of this award. He holds a degree in music technology from the Queensland Conservatorium of Music.