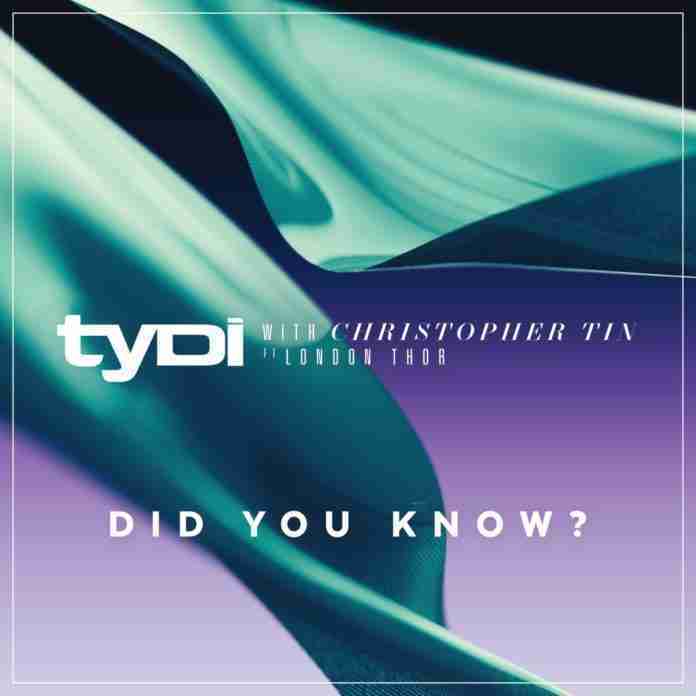 TyDi is one of the most underrated DJs, producers, and songwriters in the industry today. He’s had smash hits and club-ready anthems for years, including tracks like “Redefined” (ft. Melanie Fontana & Novaspace) and “Wanna Lose You.”

Now, tyDi has joined forces with Grammy Award-winning film composer Christopher Tin, while London Thor soothes us with vocals, for the revolutionary “Did You Know?”. This culmination of beauty within tyDi’s music is his newest feat (and long anticipated) in bringing fresh, new electronic music–that’s blended with a live orchestra–to his fans’ ears and speakers.

TyDi, Christopher Tin, and London Thor begin “Did You Know?” with a beautiful harp, encapsulating strings, and extraordinarily soothing piano. The track then transitions into tyDi’s paramount, four-on-the-floor, electronic club anthem, but it’s not long before the track transitions back to regather the anticipation, energy, and atmosphere. London Thor’s angelic vocals sit delicately on top of the entire production, especially when she states “Did you know that I love you?” repeatedly alongside the orchestra. Thankfully, the trio made this collaboration easy to fall head over heels in love with.

Tyson Illingworth, better known by tyDi, is an Australian electronic music songwriter, DJ, and record producer. At 17, he was signed to Armada Music, Armin van Buuren’s label. In 2008 and 2009, he was Australia’s No. 1 DJ and also the youngest recipient of this award. He holds a degree in music technology from the Queensland Conservatorium of Music.

He has been and is currently one of my favorite DJs and producers in the game, and for good reason. His musical skills speak volumes, and “Did You Know?” is certainly no exception.