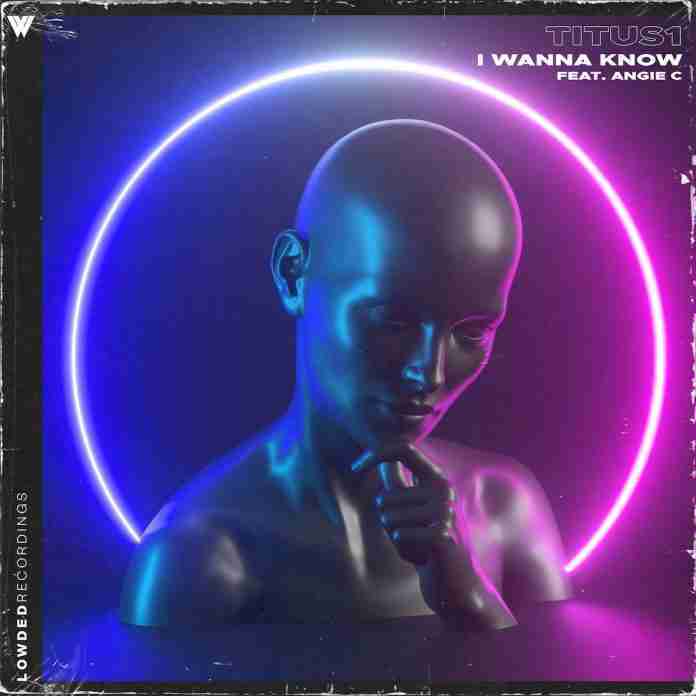 Titus1 and Angie C team up for a high-octane track called “I Wanna Know” on Lowded Recordings.

“I Wanna Know” first started as an alt-rock instrumental that was produced by Titus1. He drew heavy inspiration by a handful of the melodies featured in the series Twin Peaks. After churning out the high energy track, he sent it over to Angie C who then poured her heart into it. She wrote this track shortly after leaving an abusive relationship with a narcissist.

Angie C sent it back to Titus1 who then heightened the track to what it is now through synthesizers and drum machines.

“I Wanna Know” immediately kicks off with Angie C’s angelic vocals and Titus1’s arpeggios, eerie synths, and deep pianos. As this electro house track continues to build, the tension gets tighter until the production lets loose and goes haywire with a relentless amount of synths flying around your head like a fighter jet, basses pulsing underneath, and other playful elements heightening the question of why Titus1 and Angie C want to know.

Angie C originally wanted to become a doctor. However, her dreams were crushed after she was unable to secure funding to attend medical school. Shortly after, she entered into a state of self reflection and soul searching. After years of research and soul searching, she’s come to realize that her goal is to meld science, music, and fashion to create lasting memorable experiences for her audiences.

“At the end of the day, I still feel like the little girl that fell in love with music,” Angie C quotes in her bio. “It is what makes my heart beat with excitement, and I hope you will follow along with me on this journey.”