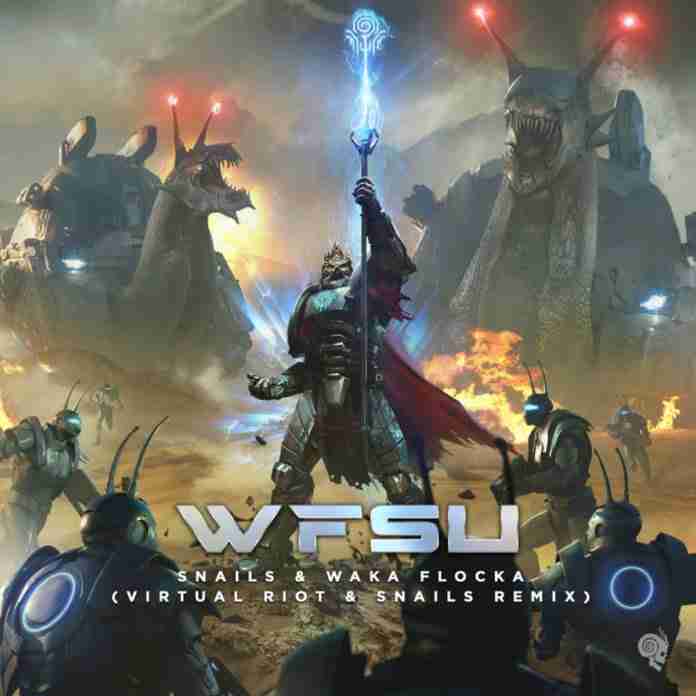 For his latest trick, Frédérik Durand, better known as his slimy alias Snails, has paired up with German dubstep DJ and producer Virtual Riot for a remix of his very own “WFSU” with Waka Flocka Flame. The remix was released on Slugz Music.

With remixes for “Forever” and “Russian Roulette” from The Shell album from artists like Megalodon and Funtcase already released, Virtual Riot and Snails’ very own spin on the track sees a release. This remix of “WFSU” superbly blends Virtual Riot’s edgy sound and the Canadian DJ and producer’s slimy bass and synth elements extraordinarily well with one another. The genre, which has been coined by Snails himself, is called “vomit-step.” And this remix is sure to enable the idea to cross your mind with the unforgiving basses, directionless structure, and sharp synth melodies.

Both Virtual Riot and Snails have been on a complete rampage this year, with Virtual Riot releasing his highly anticipated German Engineering EP and Snails sharing a heated collaboration with Kill The Noise, Sullivan King, and Jonah Kay on “Shake the Ground.”