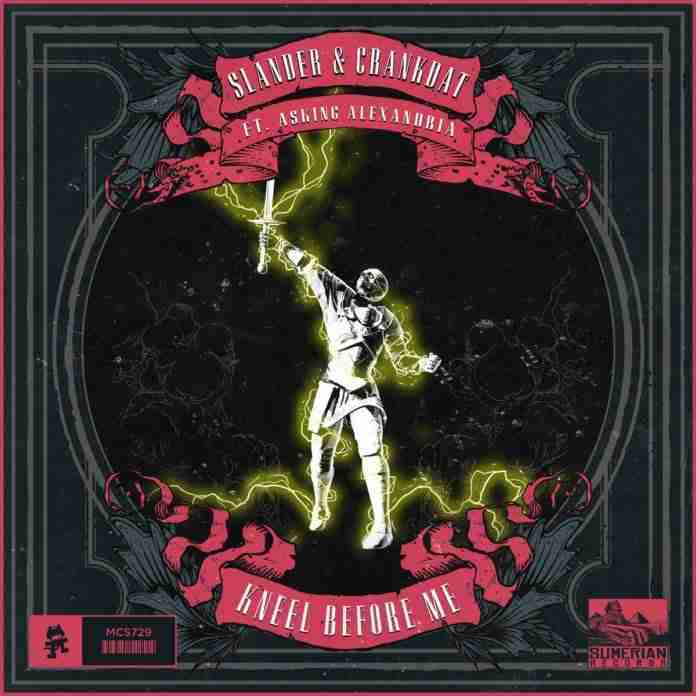 There are a handful of collaborations that need no introduction. SLANDER, Crankdat, and Asking Alexandria‘s “Kneel Before Me” on Monstercat and Sumerian Records is one of those tracks. The prolific state at which everything melds together protrudes inventiveness, relentlessness, and a maniacal demeanor. Surely, this is a track that will demand you to kneel before it.

“In high school, indie rock and hardcore music were some of the first sounds we ever dove into as teenagers,” states SLANDER in an email statement to Billboard. “Bands like Avenged Sevenfold, Underoath, Taking Back Sunday, and Asking Alexandria could be heard blaring from our car speakers in our respective high school parking lots. This kind of music is in our core and is where a lot of our other tastes developed from. You can imagine we were thrilled when Asking Alexandria agreed to be a part of our new song with Crankdat.”

“When I started writing Asking Alexandria’s debut album Stand Up and Scream, I wanted to mix trance and EDM with metal [and] rock music,” Asking Alexandria guitarist Ben Bruce told Billboard. “People laughed and said the two genres would never co-exist. They were wrong. Fast-forward 10 years, and Crankdat, SLANDER and Asking Alexandria have teamed up to take these genres to a whole new level. This is heavy, ballsy and unapologetically in your fucking face. These two worlds have just collided like never before.”

“Kneel Before Me” had impressive intentions from the start. SLANDER stated that it was intended to reinvent hardcore rock and dubstep to bring it around and blend them together.

Artists like Sullivan King have recently placed the spotlight on metal music and hard-hitting dubstep. Come One, Come All, King’s recent album, highlights the resemblances the two genres have. The producer’s talents have continued to merge with heavy metal bands, most recently a heavy remix of Bring Me The Horizon’s “Throne.”

Kill The Noise brings on Illenium and Mako for a dream...