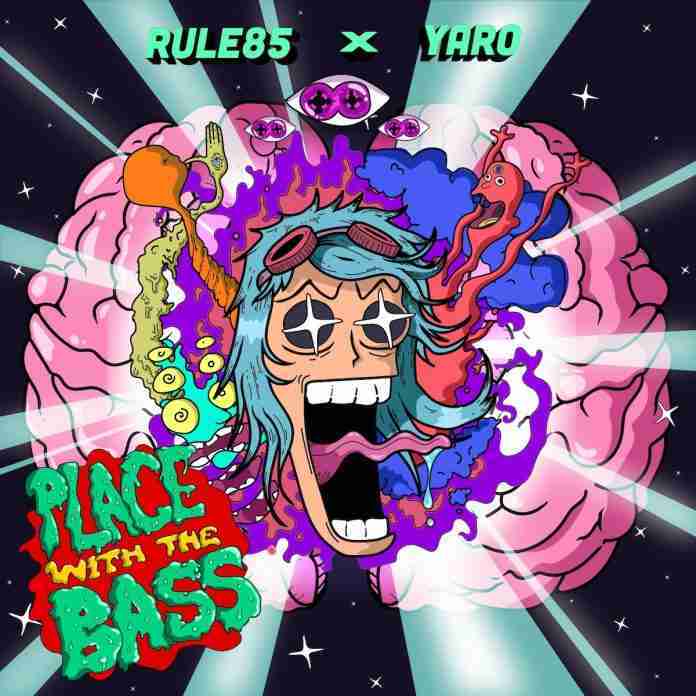 Rule85 has teamed up with YARO for a playful and bouncy tech house track called “Place With The Bass” on TENTWENTY.

Loosie, the vocalist for rule85, sings about the conversations she has with her brain. Sometimes our brains can be an interesting space, so pulling inspiration and turning it into a piece of music that all can enjoy is most certainly unique.

It’s evident throughout this wound-up track that rule85 and YARO don’t care about the rules on how to act, what to say, or how music should sound. In fact, the name rule85 is homage to the idea stemming from rule #85 of the internet: Stupid rules are forbidden.

The sound of rule85 is self-described as an “orchestra of chainsaws, kick drums, and barbies on crack.” We won’t argue with that. It’s definitely a loud and obnoxious sound and most certainly dance-able.

“We wrote this song after going to a sad club that played songs no one danced to and ended up saying, ‘I just wanna to go a place where the bass goes BOOM, BOOM, BOOM,'” rule85 and YARO state in a press release. “So we did. We went to the studio, and that’s how this song came to life.”

YARO is certainly no stranger to songwriting and producing. He’s previously written for Icona Pop and produced for Benjamin Ingrosso, as well as released music under his own name. With his diverse musical background, it’s no doubt that YARO continues to diversify his sound with off-the-wall productions like “Place With The Bass.”