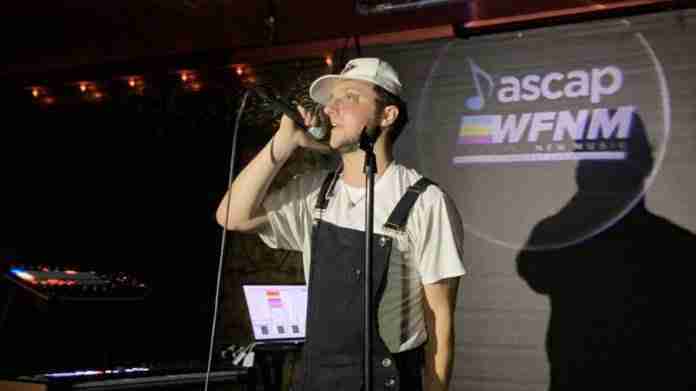 Prince Fox, real name Sam Lassner, has been under the pop and electronic music’s radar for many years. The Los Angeles-based singer-songwriter, DJ, and producer has finally made his live performance debut at Madame Siam for ASCAP and WFNM‘s showcase in Los Angeles, California on Tuesday, August 20, 2019.

Prince Fox opened the curtain with “Space” and moved through the night with a slew of other tracks, including “The Middle” and “Trust.” The crowd downed the drinks and vibed heavily with Prince Fox’s unique tone. Fans were also gifted some exclusive performances of unreleased music.

Halfway through his set he shared a story about his musical journey. “When I was younger, I wanted to be John Mayer,” he said. “My grandma got sick with cancer and I’d play guitar for her every Sunday. I performed at her funeral and then put my guitar down for about four years.” Music continued to call his name and gave Prince Fox more reasons than not to get back into it. He started producing electronic music after he attended Electric Zoo. We all go through tough times, and many use music to get through them. Prince Fox certainly has.

Prince Fox has taken the electronic music world by storm. He originally gained notoriety from his remixes for 3LAU, Cazzette, and SNBRN. He then caught the attention of Casablanca Records, where he signed a deal back in 2015. On May 31, 2019, he released ALL THIS MUSIC, Vol. 1 on Dim Mak. His self-proclaimed “future pop” genre continues to redefine the meaning and feeling of electronic music.

Opening the night was Los Angeles-based pop duo Misty Mtn. This mellow group performed tracks like “Drive,” “Float On,” and “Guess Who’s Back.” The duo hyped the crowd up with their energetic stage presence and stunning vocals.

Pretty Sister then jumped on and sexualized the crowd with his dance moves, intimate tracks, and good looks. He brought fans to their knees with sensual performances of “Come to L.A.,” “Pony,” and “Thirsty.”

Steve Aoki is latest EDM artist to be added into Smithsonian...