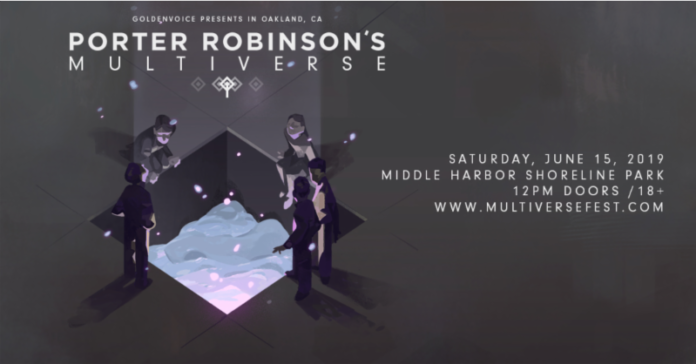 Porter Robinson, the “Language” and Virtual Self mastermind, announced his very own Multiverse Festival. The festival is set to take place at Middle Harbor Shoreline Park in Oakland, California on Saturday, June 15, 2019.

Robinson shared in a tweet that quite a few of his favorite artists will be performing at the festival. The pre-sale of the tickets started on March 13 at 10AM PDT. The website will announce artists daily. At the time of this article’s posting, Madeon, Cashmere Cat, and G Jones are a few artists who’ve been announced.