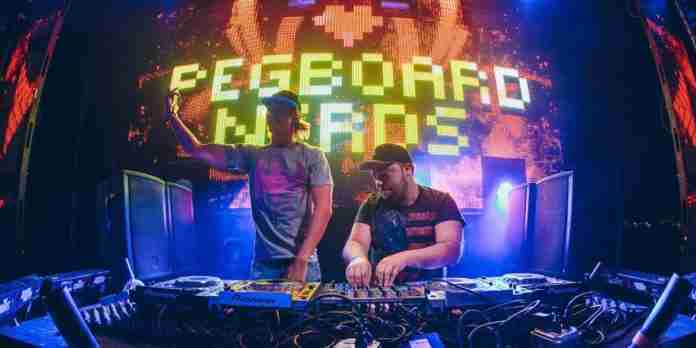 One of the most anticipated releases of the year, Pegboard Nerds and Knife Party‘s “Harpoon” on Monstercat is finally here. The vocals are supplied by Knife Party’s own Rob Swire. “Harpoon” is the last track for #NERDWEEK, where Pegboard Nerds have released a single every day this week. It started with an upbeat, modernized version of “Purple People Eater.” Then there was the culturally eclectic “OSCar.” Lastly, the collaboration with Dion Timmer called “Escape.”

The Nerds have been on a roll this year, having released tracks like “Imperial March” on FiXT and “Party Freaks” with dance music vocalist Anna Yvette.

“Harpoon” jolts through the waves with high energy. Taking more of a Knife Party approach to the overall sound, the track jumps into a surefire electro house hit during the drop. Pulsing sharp synths stab at your ears as a heavy four-on-the-floor rhythm drives the energy. Be sure to put on your snorkeling gear because you’ll need it for this piece.