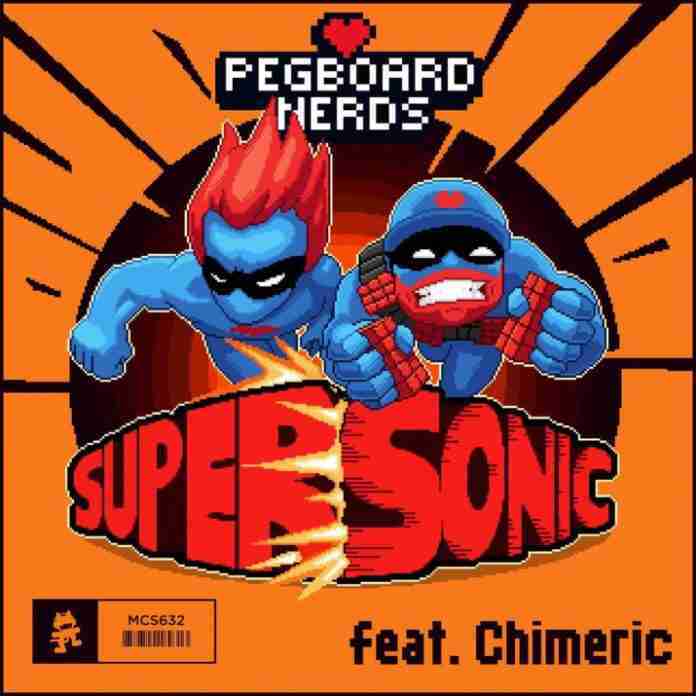 The Pegboard Nerds continue to diversify their already heavy and unique sound with a happy hardcore release titled “Supersonic,” which features Chimeric. The track was released through Monstercat.

Beginning with light plucks and an immensely catchy melody that carries throughout, “Supersonic” has been a highly anticipated release since the Nerds teased it on a Facebook livestream. Straying away from the always welcome dubstep sound the Nerds are instantly recognized for, Pegboard Nerds move into the realm of 150bpm and happy hardcore with this release. The insanity and energy ensues for an entire three-and-a-half minutes, allowing for the epicness to reach its maximum level.

Pegboard Nerds had an impressive 2017, and the electronic duo intend on having an even more impressive 2018. To begin 2018, the Nerds will the embarking on yet another mini North American tour. You can view the dates and purchase tickets here.

The dubstep duo consists of Alexander Odden and Michael Parsberg. The two met back in 2005 and formed the iconic, heavy duo in 2011. They’ve collaborated with artists like Jauz, NGHTMRE, Krewella, and Snails. In October of 2015, they released their Pink Cloud EP. All proceeds went to breast cancer research. The EP skyrocketed to No. 2 on iTunes Dance Albums and into the Top 10 on Billboard‘s Dance albums.

Jauz & DJ Snake are ‘Gassed Up’ in hardcore collaboration