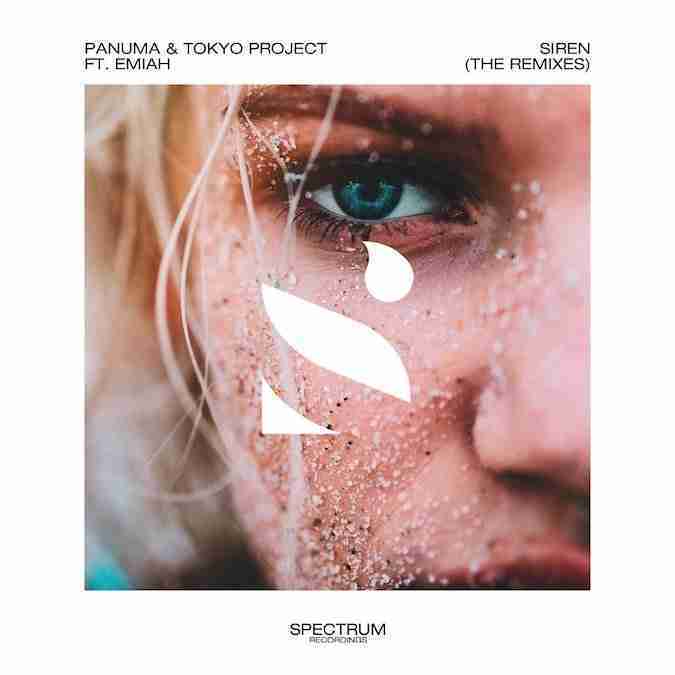 Panuma, Tokyo Project, and EMIAH‘s already energetic and inspiring “Siren” was released earlier this fall. Now it has received remix treatment from the likes of Kaan Pars, KPLR, Nalestar, and Marc Brothers. The remix package has been released on Spectrum Recordings.

“Siren” is inspired by the greek mythological creatures Sirens, who would lure sailors to shipwreck. In turn, Panuma, Tokyo Project, and EMIAH have translated these shipwrecks into a story about being in a relationship that you have little to no control over your feelings in. The vivid imagery that the artists portray in the production is cast through stunning lyrical projections, melodies, and hooks. The atmosphere they created allows for you to hone in and get in tune with yourself.

This remix package begins with Kaan Pars playful remix. By pitching EMIAH’s vocals, Kaan Pars sets the remix to be a dark deep house remix with a stabbing bass line. Marc Brothers jumps in with their flavor by placing a spacious vocal effect and percussion elements. There aren’t any drops in this one, as the Marc Brothers focus on EMIAH’s stunning vocals. KPLR and Nalestar’s remixes come in to finish off the remix album. KPLR goes deep house with an infectious melody, and Nalestar goes for a more underground deep/tech house style.

The original of “Siren” debuted at No. 1 on Submithub’s pop chart (worldwide) and was featured in a plethora of playlists on Spotify, Apple Music, Sony Music, Universal Music, Tidal, and Deezer.

‘Save Yourself’ with NGHTMRE’s new VIP edit of sinister original