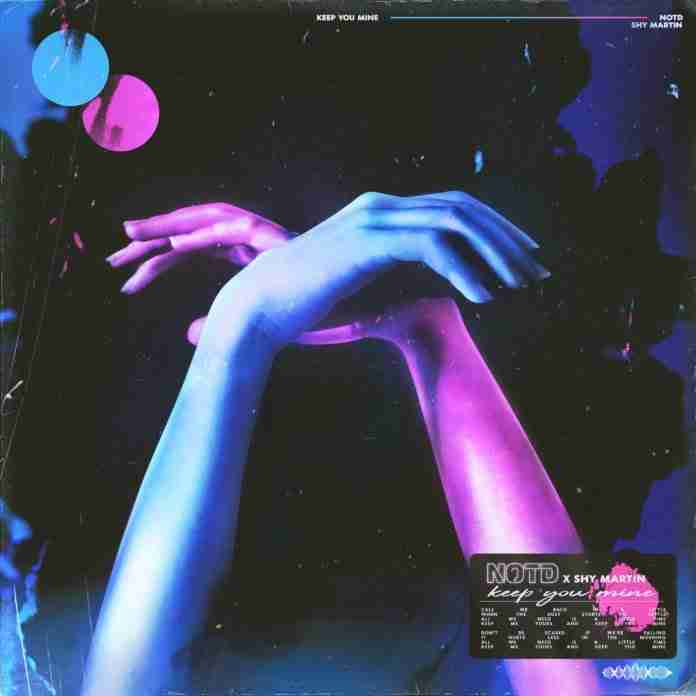 Swedish duo NOTD, made up of Tobias Danielsson and Samuel Brandt, have followed with up an infectious track called “Keep You Mine” with SHY Martin on Island Records after their hugely successful “So Close” last November. This isn’t the first time NOTD and SHY Martin have collaborated. Martin was a co-writer on NOTD’s “I Wanna Know” (ft. Bea Miller), the duo’s largest song to date.

“The sonic vibe is getting harder,” states Sam in a press release. “We always push it and try new things with a pop feeling too. We use live instruments as much as possible too.”

NOTD have amassed a jaw-dropping 650 million streams worldwide and have provided remixes for pop icons such as Years & Years, Shawn Mendes, Ed Sheeran, and Stanaj.

“We’re experimenting and taking inspiration from different genres,” says Tobias. “Every time we make music, we want to do something we haven’t done or heard before.”