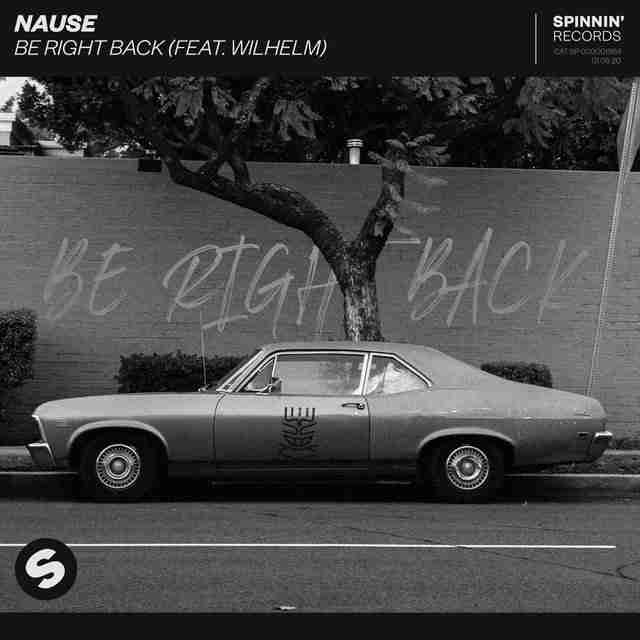 Stockholm, Sweden-based producer and songwriter Nause, whose real name is Jacob Criborn, has blown through the doors with a highly danceable track called “Be Right Back” with WILHELM on Spinnin’ Records.

“Be Right Back” opens the curtain with a memorable chord progression through a plucked guitar. WILHELM’s vocals immediately jump in and carry the track into the groovy rhythm. The stabbing pianos are introduced during the build-up alongside WILHELM’s vocal harmonies. Snappy percussion and a continuous rotation allow for this track to perpetuate the dance floor and permeate your mind. Nause keeps the transitions simple to allow for maximum exposure and permeation. However, he lets loose during the bridge by switching into a subtle pad.

“I’m really super proud of this tune,” states Nause in a press release. “We spent a lot of time on in the studio to perfect it, and now I feel like it’s exactly as I wanted it to be.”