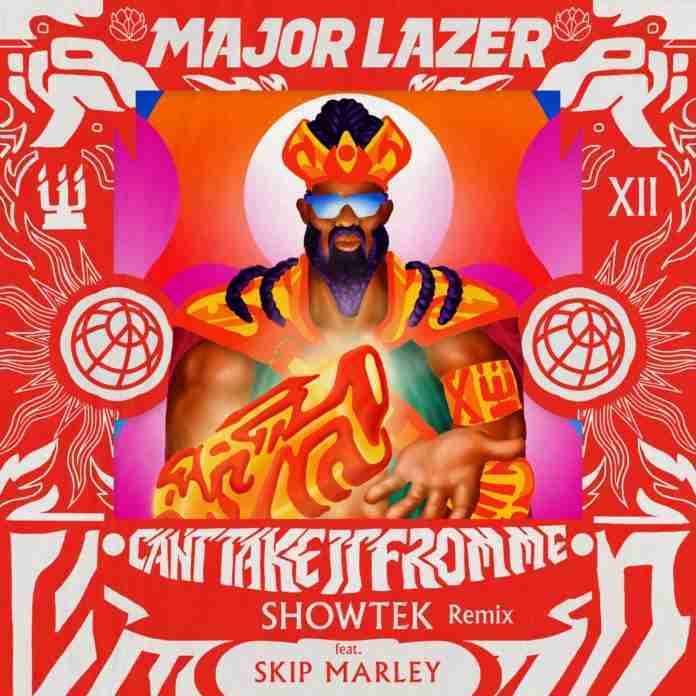 Dutch brother duo Showtek have taken a slight break in their chaotic touring schedule to release a vibe-filled remix of Major Lazer‘s “Can’t Take It From Me,” which features vocals from Skip Marley. The remix comes as part of a remix album where Paul Woolford and YehMe2 showcased their talents as well.

The original vibe of the track was feel-good, and Showtek did a phenomenal job on maintaining that feel throughout this remix. With a cultural mix of synth-brass elements, groovy reggae rhythms, and deep house flavors, Showtek certainly take it from us. Additionally, the high-octane drop runs flawlessly when it hits center stage. This happens without pulling too much focus away from Skip Marley’s warm, energetic vocals.

“Very excited to collaborate with Major Lazer again and Skip Marley on this project,” states Showtek in a press release. “We took all the key elements of this and ‘festivalized’ it a bit.”

Earlier last fall, Major Lazer, which consists of Diplo, Walshy Fire, and Ape Drums, announced they were no longer going to continue as a group after next year’s album. Jillionaire also removed himself from the group to “focus on other projects.” Ape Drums took his place.

Showtek have already risen to become titans in the electronic music genre. They’ve worked with artists like Moby, Tiësto, Hardwell, and David Guetta, among others, on tracks like “Bad.” There is certainly no doubt that Showtek will continue to rise up and be the at the center stage in the near future.