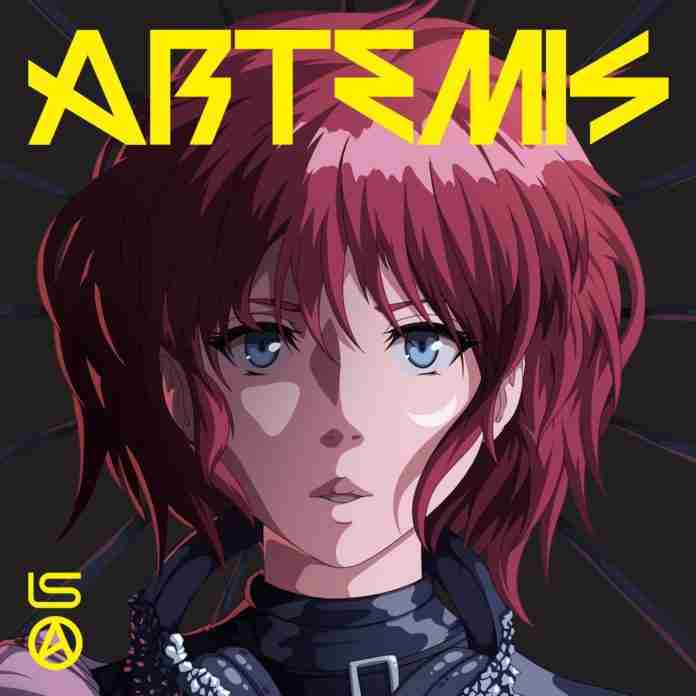 Lindsey Stirling has been on the electronic music map for quite some time. She’s now summoned Artemis to help project her sound in her new album on BMG. Amy Lee and Elle King make an appearance on “Love Goes On and On” and “The Upside.”

Lindsey Stirling’s compound sound continues to baffle listeners around the world. Artemis only furthers the true power she harness with a violin in her possession. This unearthing album flows through your ears like the blood in your veins. Powerful electronic percussion and grooves are the driving force behind this masterpiece. Stirling’s unprecedented effects with her violin forces this album higher than anything of its kind.

The title track, “Artemis,” is one of the beginning tracks and is our favorite. The myriad of effects on the violin place it all around you. The simple chord progression and punching percussion make allow for Stirling to completely shred the melodies. This madness continues to ensue throughout the rest of the album. She goes out strong with the beautiful and ear-catching “Aurora” and stunning collaboration with Elle King.

Stirling went through a dark time in 2017, wondering if she’d ever rediscover her old self. She mourned and pondered the earlier years, yearning to go back once more. After her fifth studio album, she rediscovered herself. Comparing her grief and previous years of music to the cycles of the moon, she came to understand that just because you can’t see something doesn’t mean it’s not there. These phases inspired the concept of this album’s title.

“My greatest hope is listeners recognize how powerful they are when they hear it,” Stirling says in a press release. “Life is full of cycles. I want everyone to believe in themselves like the character in this story. In my life, I’ve gone through depression, anorexia, and loss, but I always come out on the other side. I want to remind everyone it’s possible. You don’t have to define yourself by who you are right now, you can define yourself by who you believe you can be.”

Earlier this year, Lindsey Stirling shared “The Upside” and “Underground” as singles to tease the now-released album.

Stirling will also be going out on tour in Europe this fall. You can grab tickets here.

Chong the Nomad proves simplicity is groovy with ‘Ghosts in the...