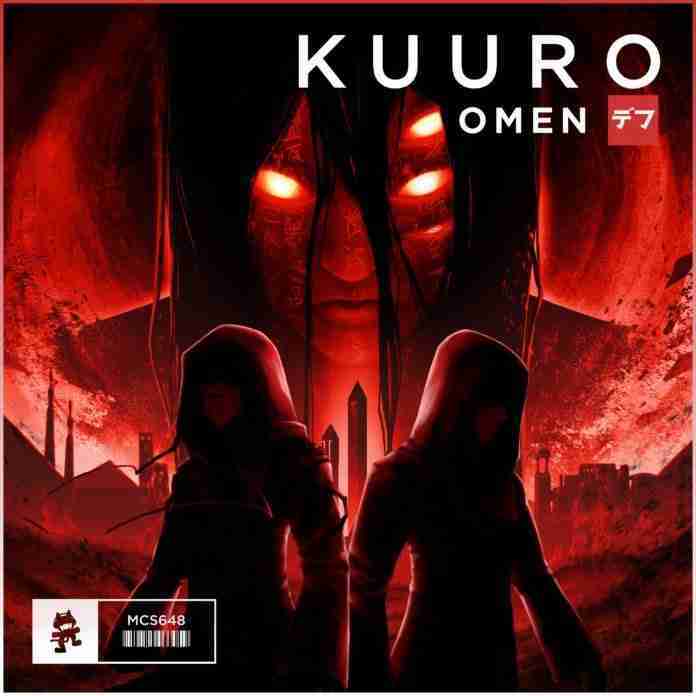 KUURO recently made their debut performed at Holy Ship! 13. While the sails have been reeled in and the ship has been docked, the bass duo (which consists of Luke Shipstad and Jordin Post) has most certainly not. Their latest release on Monstercat, titled “Omen,” proves just that.

“Omen” is filthy in every aspect of the word. The beginning of the track opens with glitchy vocals, filtered arpeggios that swell and build anticipation for the bass that’s about to get dropped. To add a heavy cultural experience to the epicness that is “Omen,” KUURO utilized Middle Eastern melodies and instruments. The last drop moves into a drum and bass, which is just as mind-blowing as the previous drops.

We started ‘Omen’ with the goal of making one of the gnarliest and gritty basslines we’ve ever done. We love how it just cuts through the song so aggressively.

The bass duo has also announced their debut tour, which will make stops in Salt Lake City, Chicago, Houston, Dallas, Seattle, Denver, and many more. They’ll also be making a festival appearance at Phoenix Lights and making their first southern California appearance at Beyond Wonderland in San Bernardino.

Jauz shares ‘The Wise and The Wicked,’ his largest release to...