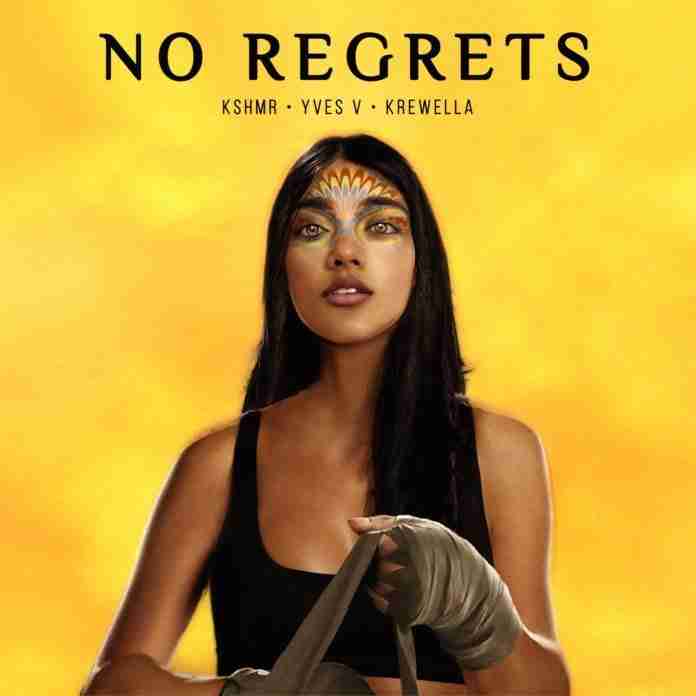 KSHMR came off an immensely successful year last year. He’s now teamed up with KSHMR, Krewella, and Yves V for his first release of 2019 on Dharma Worldwide called “No Regrets.”

“No Regrets” is a electronic/pop piece with heavy influences from Alan Walker. The producers fuse their talents and production chops together with piercing melodies, sharp synths, and a continuous flow of groove. Krewella’s powerful EDM vocals certainly drive the message of “No Regrets” home. “I can die with no regrets,” a message that a lot of people fear.

Last year, KSHMR dominated with his The Giant Tour, which was followed by performances at Amsterdam Music Festival and Escape Wonderland. The Dharma Worldwide label owner is surely off to a good start with “No Regrets.”