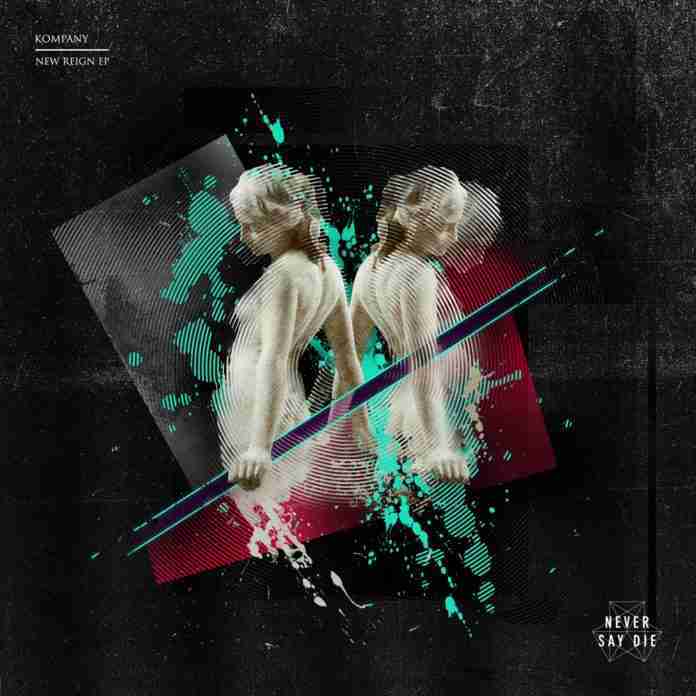 Kyle Hagber, who goes by the accompanying Kompany moniker, has risen from the deep depths of bass music. Thankfully, as he continues to progress his way into the bass music industry he ravages a fiery path, leaving nothing behind. His latest masterpiece on Never Say Die Records, New Reign, is an epic sonic form of art that fulfills every Kompany bass fantasy.

New Reign is a four-track EP that quickly explodes into action with “Rapture.” Moving swiftly, “Override” jumps in and catches you off-guard before you’re able to fully comprehend the bass bomb that was just dropped. “Stomp” continues smacking its feet on the ground, thrusting through the barriers. “Buck” goes out with “turdy points.”

Hagberg’s Kompany alias has truly made a name for itself. He’s an alumni of the prolific Icon Collective school, a school that focuses on electronic music. Additionally, he’s a former Cymatics employee. This eclectic experience at Icon Collective and Cymatics has positioned Hagberg as one of the most recognizable names and sounds in the industry. As he continues releasing bass bombs on labels like Circus Records, Firepower Records, and Never Say Die Records, it’s guaranteed that Kompany will steadily grow and become even more sought-after.

Tryple & Nextars link up to uncage ‘Mind Hack’ on Bassrush...