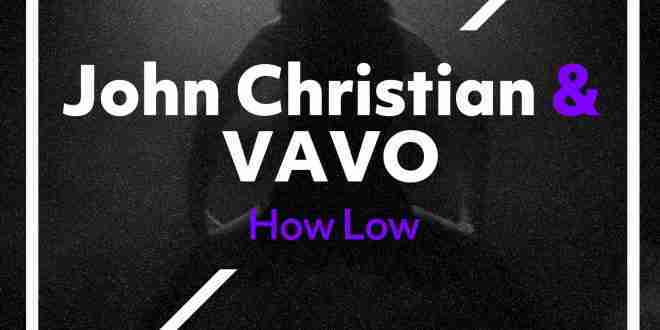 John Christian, a Dutch DJ and multi-instrumentalist, teams up with VAVO and goes really low with new heated collaboration, “How Low.” The track has been released on Tiësto‘s Musical Freedom label.

A deep, low-end heavy kick and bass jumpstart the energy for this speaker-rattling release. John Christian and VAVO take no time to spare with getting this track off to the races.

It moves diving directly into an impeccable complextro drop that features future house pianos, synths, and percussion. With a lowly pitched sample from Ludacris’ “How Low Can You Go,” “How Low” emits nostalgia and a club anthem all at the same time.

“I have a great musical connection with the VAVO guys, we worked on this collaboration in a very smooth way. This single is perfect for Tiësto sets and he has been testing it for a while with great global dancefloor feedback.”

“We are very excited to release this song with our good friend John Christian. How Low is a song that is purely meant to make you dance, so we can’t wait to see how this track does at the festivals and clubs!”

John Christian’s 2017 successes were remarkable. His release “Scream,” a collaboration with Tiësto and DJ SWACQ, garnered a massive 3 million streams on Spotify. Furthermore, 2017 saw the release of his 400th single hit record.

John Christian isn’t the only one that has immense successes. VAVO, on the other hand, had their remix of Martin Garrix’s “Scared To Be Lonely” named as one of the top five remixes on YourEDM. They were also placed on the Artists To Watch in 2017 by EDM Sauce.

Wolfgang Gartner showcases his melodic side on ‘Ching Ching’

‘Step Back’ so Sullivan King’s latest complextro track can hit you...

Stonebank drops relentless complextro ‘What Are You Waiting For’ on Monstercat