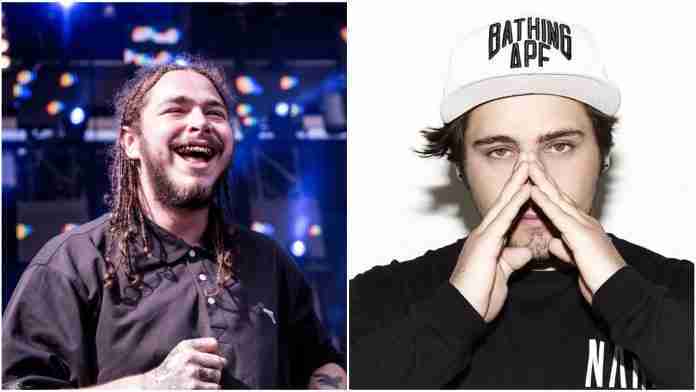 Jauz finally dropped his highly anticipated remix of Post Malone‘s “Hollywood’s Bleeding” after it sat in his WIPs folder for nearly a year. The remix premiered on the prolific Proximity YouTube channel.

Jauz’s remix keeps the track original in nature in the beginning. The beautiful vocal “oohs” and “ahhs” brush around slowly in the background while Post Malone’s vocals come in and feature a deeply echoic reverb. At around the one-minute mark Jauz introduces his signature sound and begins building it up into a maniacal piece. The second verse features a hip-hop and trap-like sound that carries us into the second drop.

Jauz originally dropped this at EDC Orlando 2019, and fans have been waiting for the Bite This! label owner to release the remix since he opened up this orifice.

This fiery remix comes after fans and Proximity “nagged” Jauz for nearly a year to get it finished. They have all been on the lookout for it since he originally dropped it at EDC Orlando in 2019.

Hollywood is most certainly bleeding, but so is this remix. In a good way.

TOKiMONSTA’s ‘Get Me Some’ receives a bouncy AC Slater remix