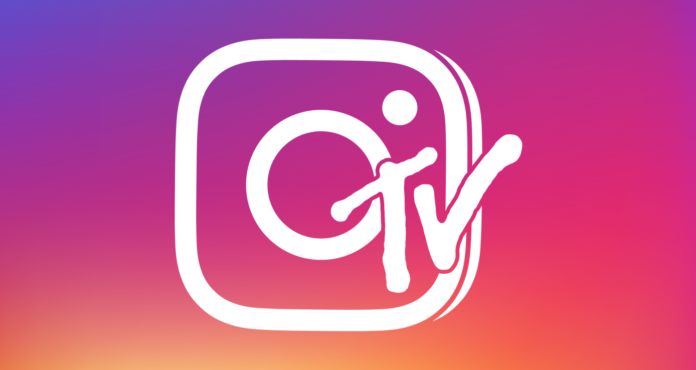 Nearly everyone in the world has a mobile device, and videos are quickly becoming the content king

It’s true. Almost everyone in the world has a mobile device. The future is becoming ever mobile, and video content is continuing to prove its worth. According to Venturebeat, “five billion people globally–or two-thirds of the world’s population–claim to have a mobile phone connection.” With many people turning their marketing efforts towards video content, Instagram makes a landmark move, especially for creative individuals, with a new feature called IGTV.

According to Forbes, “It’s no longer a question of whether video is a worthwhile investment — it’s now a matter of how you can leverage this medium strategically. The sooner you begin using video to market your company, the sooner you can expect a bigger market.”

This new feature provides content creators the ability to create videos that far exceed the one-minute limit on Instagram Stories and posts. This could be a pivotal feature and moment for Instagram, as its visual capabilities just skyrocketed. The platform is already home to many creative individuals and companies, including photographers, videographers, musicians, painters, singers, and so on. With IGTV, these companies and individuals will be able to take their content and share the “behind the scenes” look with their followers.

For example, a musician can show how they’re writing, producing, mixing, and/or mastering their piece. A photographer could show you how they edit their images. Thus, you can admire their work on the visual platform and watch how they do it… without leaving Instagram. YouTube is great, but Instagram is, in my opinion, much more personal and user-friendly. 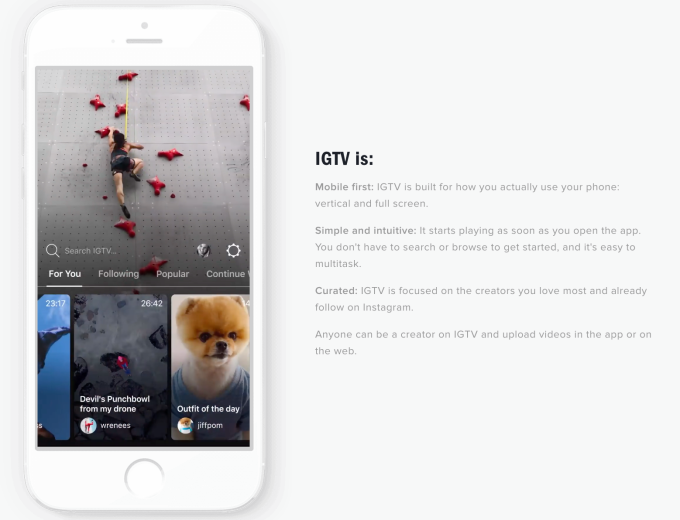 The IGTV is revolutionary, as vertical video content is quickly becoming ever-growing. Unlike YouTube, IGTV will place the spotlight on and prioritize celebrities’ posts. In addition, IGTV’s maximum upload time is one hour, while YouTube’s limit is unlimited after your account has been verified.

YouTube’s focus isn’t on vertical video, however. While the platform is mobile and desktop friendly, it’s primary focus is on high resolution, horizontal video content. YouTube also has a leg up when it comes to virtual reality and 360-degree video.

With IGTV, content creators will be able to create their own channels. They will then be able to link to their channels within their profiles to drive traffic to their videos.

Will IGTV be successful, or will it just be a feature to place ads an earn more revenue by monetizing its users?

YouTube, Snapchat, and Facebook place intrusive advertisements before or in the middle of users’ videos. These videos get annoying, yes, but they also can cause users to click away. Earlier this year, YouTube was under fire for placing inappropriate advertisements on videos.

Instagram’s CEO has already said that it’s a great place for advertisements. So, enjoy the ad-free environment because it’s surely not going to last.

IGTV is being rolled out to all users over the coming months. It’s currently available for celebrities and accounts with a larger following. Be patient, though, as it will be a feature that all users will be able to enjoy within the next couple of months.