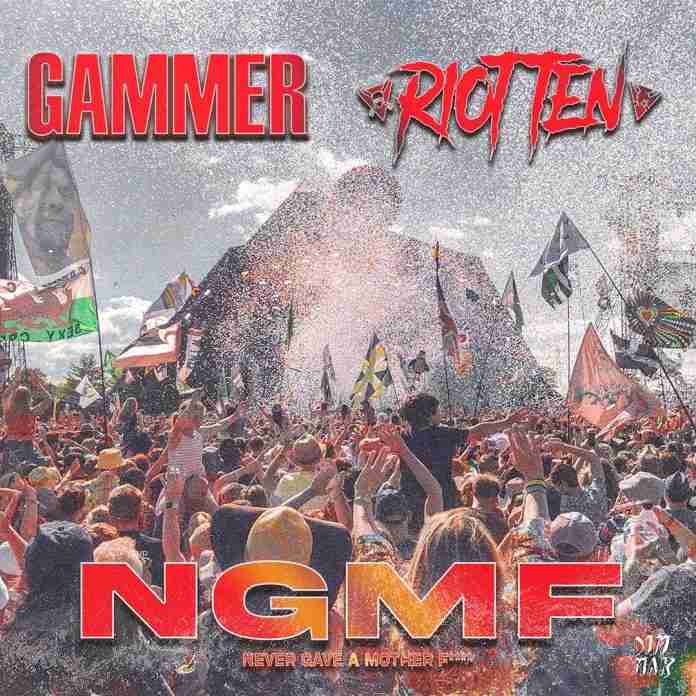 “NGMF” starts out with Gammer and Riot Ten having a discussion about an idea that Gammer had. It immediately breaks into some heavy synths and a psytrance beat. Pulsing basses with a vocal loop that repeats and continuously pitches “never gave a mother f–k.”

Shortly after this psytrance drop we are greeted with metallic, wet, and piercing synths for a dubstep drop.

“Gammer and I have wanted to work on a track together for the longest, but just hadn’t found the right tune,” Riot Ten says in a press release. “The pandemic really gave us the opportunity to focus on it and as soon as I began the project, I knew it was the one. After countless session transfers, we had a certified rager on our hands. We NGAMF, and we hope you don’t either!”

Crowds are certainly going to love this tune and its dynamics throughout since its a perfect blend of Gammer and Riot Ten’s genre-bending sounds.

“NGMF” comes ahead of Gammer’s forthcoming EP and headlining tour. The Better Together Tour will be kicking off in San Francisco, CA, and stopping in cities like London, New York, Salt Lake City, Orlando, and more.

Riot Ten is also in the middle of his Hype or Die Tour, which features special guests like MUST DIE!, YDG, Lizzy Jane, JEANIE, and more. Upcoming stops include Detroit, Minneapolis, Denver, Jacksonville, Tampa, and more.