Spotify is testing a feature that allows artists and labels to recommend their tracks in the algorithm to be heard by more listeners–for a lower royalty rate.

In a blog post on November 2, 2020, Spotify announced that they’re going to be rolling out a test service that will provide artists a way to influence the way their music is discovered within Spotify’s algorithm.

The streaming platform has undeniably become the de facto service for music lovers around the globe to discover new music. Its robust features and highly sought after and complex algorithm is the “talk of the town” throughout the industry. And now that artists will be able to influence its algorithms to ensure their music is being placed in front of the right listeners, Spotify once again ups its powerful discovery mechanisms.

Spotify’s algorithm takes into account thousands of ‘inputs’ like time of day, the order you’re listening to songs or podcasts, or the release date of a song.

Spotify’s algorithm is very complex–one of the most complex in the space. They leverage “complex, dynamic systems” that they call “inputs,” like time of day, songs you have on repeat, song length, genres you listen to, and thousands of other inputs. The algorithm calls these “signals.” And the two combined produce the perfect “output,” which allows the algorithm to place the perfect song in front of you.

“In this new experiment, artists and labels can identify music that’s a priority for them, and our system will add that signal to the algorithm that determines personalized listening session,” reads Spotify’s blog post. “This allows our algorithms to account for what’s important to the artist—perhaps a song they’re particularly excited about, an album anniversary they’re celebrating, a viral cultural moment they’re experiencing, or other factors they care about.”

Artists and labels will be able to indicate priority tracks to the algorithm to signal something they’re excited about, like an album anniversary, viral cultural moment, or another factor they care about.

Artists and labels won’t have to fork over any upfront budget. Instead, rights holders agree to cough up a portion of their royalties for what Spotify is calling a “promotional recording royalty rate.” They don’t state what percentage of the usual royalty rate this will be, but Spotify’s already low rate for royalties is laughable.

This promotional recording royalty rate will only be paid on streams in personalized listening sessions where Spotify provides the service.

“If the songs resonate with listeners, we’ll keep trying them in similar sessions,” reads the blog post. “If the songs don’t perform well, they’ll quickly be pulled back. Listener satisfaction is our priority—we won’t guarantee placement to labels or artists, and we only ever recommend music we think listeners will want to hear.”

Spotify’s continued innovation within the music streaming space has placed it ahead of competitors but at artists’ cost.

Sure, Spotify has provided a platform for artists and labels to earn a living and get their music in front of the right people. Many artists have thrived on the platform, but Spotify’s continued innovation allows them to boast their features and justify their piss-poor royalty payouts. And their playlist editors have a lot of control over this.

Should Spotify be able to do this? No. Can they? Yes. Is it fair? Maybe to them, but not to the artists they depend on to fuel their business model. They can still provide a very high quality service and pay artists a fair rate. Will they? Probably not. They’d rather spend the money on their lavish office spaces around the globe.

If Spotify is going to continue trimming royalties from artists, then at least give them more data. Give them access to the data that they need to market to their fans around the globe. This, in turn, will generate more revenue for Spotify and allow them to maintain their de facto status for music streaming.

Either way, I am going to stick with Apple Music. 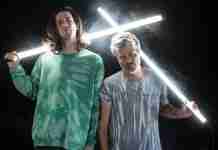