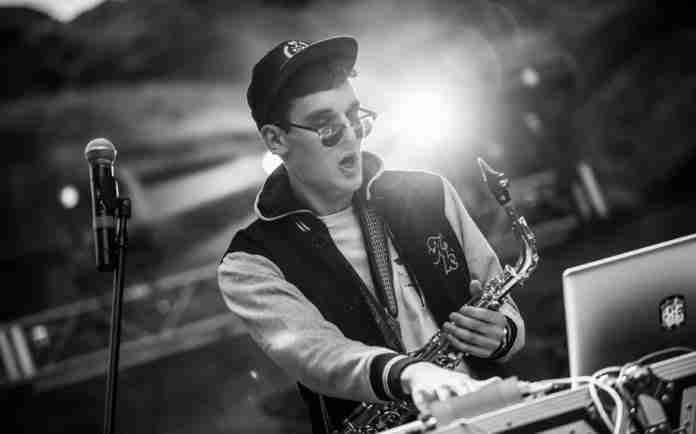 GRiZ is one of electronic music’s most versatile and creative minds. His productions never cease to shred musical boundaries by infiltrating bone-rattling bass, wickedly retro and innovative synths, and stellar rhythms. Now, Freddy Todd‘s “Audible Edibles” gets the GRiZ treatment. The remix was released on Wakaan.

The remix makes no hesitations to get fired up and going. Roughly 15 seconds in, GRiZ has already unleashed an immense amount of power via squelching synths, heavy (and light) percussion, and a groovy rhythm. The remix is short, but each of the three drops is different in sound, making it intriguing throughout its entirety.

Like GRiZ, Freddy Todd is an electronic music heavyweight. He’s already added performances at Coachella, Shambhala, Electric Forest, EDC, and Wakarusa to his discography. Furthermore, he’s worked with artists like Space Jesus, Thriftworks, Russ Liquid, and Mr. Bill. Todd was born just outside of Detroit, Michigan. The Detroit blood that courses through his veins heavily influences the music he produces and is inspired by, including motown, soul, blues, jazz, funk, hip-hop, and techno.

Grant Kwiecinski, better known by his stage name GRiZ, is an electronic music producer, DJ, and performer from Michigan. His style is based around saxophone and productions that grace the funk, electro-soul, and future-funk genres. He created All Good Records to share his music with the world alongside Muzzy Bearr, The Floozies, The Geek x VRV, and Manic Focus. GRiZ is known for his kindness, donating proceeds from his music towards various charities. He does this for his 12 Days of Grizmas, and fans are rewarded for their participation.