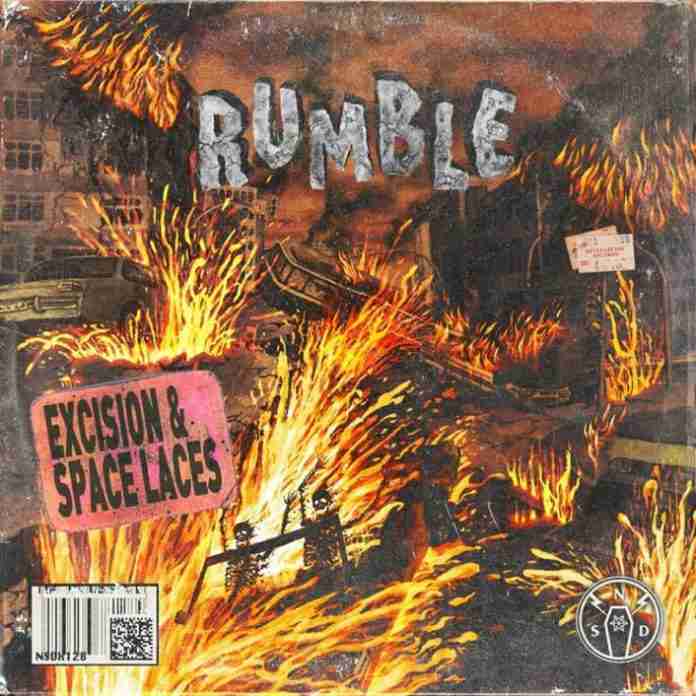 In their latest performance, Excision and Space Laces flawlessly build into a superb performance to “Rumble” your speakers. “Rumble” has been released on Never Say Die Records.

The track’s ID has been floating around in both of the bass phenomenas’ sets for some time. We’ve previously heard the two bass producers collaborate on “Throwin’ Elbows,” a go-to track in DJs’ sets for starting mosh pits. Excision’s cut-throat bass mayhem has proven to be a perfect match for Space Laces’ on-edge percussion. The bass gods blend Middle Eastern elements at the beginning of “Rumble” but quickly move to an all-out bass brawl.

+ Excision recently collaborated with Dion Timmer and Messinian on “Hoods Up.”

Jeff Abel is the bass mogul behind the Excision alias. He’s a Canadian producer and DJ who has collaborated with artists like Datsik and Downlink, among others. He’s also the founder of Rottun Recordings. Additionally, he’s the founder of electronic music’s newest annual bass festival, Lost Lands. Abel has been active since 2004, and released his X Rated album on deadmau5’s mau5trap in 2011.