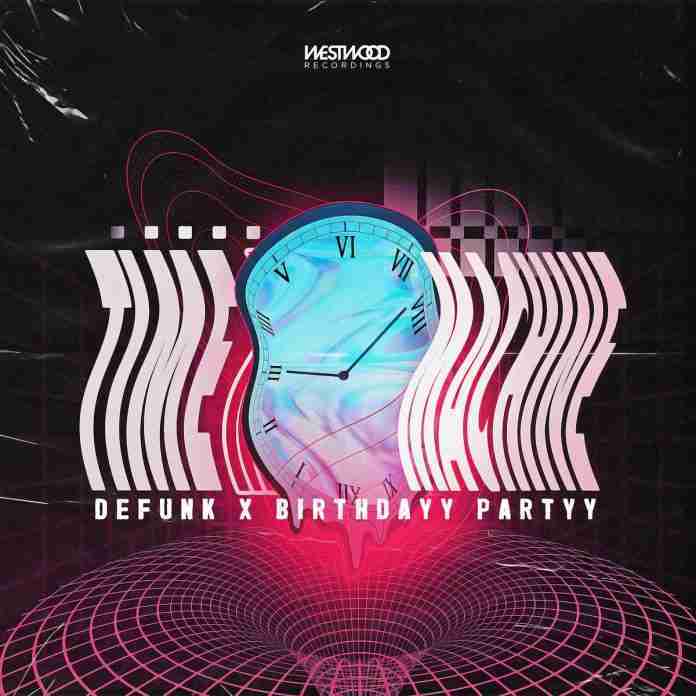 “Time Machine” takes us back in time and mixes bass house with electro-influenced sounds. The stabbing bass and sliding mid-basses that sharpen as they rise pierce through the mix alongside the pitched vocals. Defunk and Birthdayy Partyy don’t allow the energy of this track to build down, either, as it always has something going on throughout the entirety of the track. They flood the tracks with infectious melodies and repetitious arpeggios that evolve into bells. It’s no doubt this track is perfectly titled.

Defunk made waves in the bass music scene when he released “Alone” last year on Westwood Recordings. The track proved to the scene that he was a worth component in the scene, and it did just that. He’s already garnered support from industry heavyweights like Pretty Lights, GRiZ, and Gramatik.

Chicago-based twin brothers Birthdayy Partyy have very swiftly made their way into the scene. Their multi-faceted, genre-bending talents go much further than one could ever imagine. This versatility shows in releases like “Wiggle,” “Befriend or Destroy,” and “The Summit.” Their expansive approach to music production will continue bending the laws of what electronic music is. Furthermore, they’ve already released official remixes for artists like Autograf, The Funk Hunters, and LUZCID.