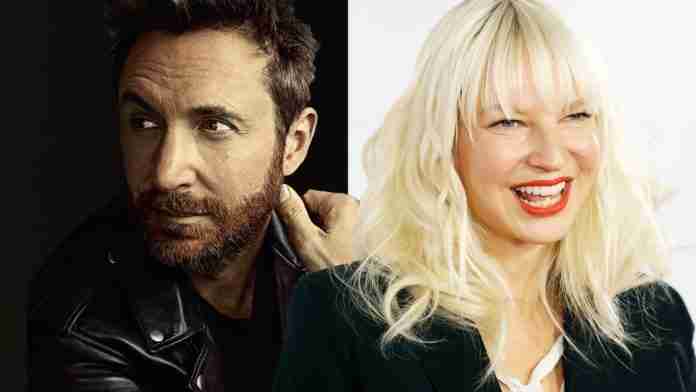 This isn’t the first (or second) time they’ve collaborated.

Since “Titanium” dominated the airwaves, playlists, and charts, Sia and Guetta have collaborated on “She Wolf (Falling To Pieces)” and “Bang My Head,” which featured Fetty Wap. In addition to Sia’s impressive discography and hits with Guetta, she released her eighth studio album, Everyday Is Christmas. David Guetta’s last full-length album was Listen back in 2014. He continues to release singles.

+ David Guetta has recently collaborated with Martin Garrix and Brooks on “Like I Do.”

Pierre David Guetta, also known as David Guetta, is a songwriter, record producer, remixer, and DJ. Guetta’s rise to fame was through releases like “When Loves Takes Over,” Gettin’ Over You,” “Sexy Bitch,” and “Memories.” In 2011, Guetta’s Nothing but the Beat album continued to rise on the charts, and “Titanium,” which featured Sia, and “Turn Me On,” which featured Nicki Minaj dominated the pop and dance charts. He has been recognized as the “Grandfather of EDM.”

Sia Kate Isobelle Furler is a singer-songwriter, record producer, and music video director from Australia. Her musical endeavors began with the acid jazz band called Crisp in the mid-1990s. Crisp broke up in 1997, and Sia released OnlySee, her debut studio album. Shortly after, she moved to London, England and sang for Zero 7, a British duo. Her music struggled to connect with the mainstream audiences. However, her breakthrough releases on “Titanium,” “Diamonds,” and “Wild Ones” propelled her directly into the spotlight.