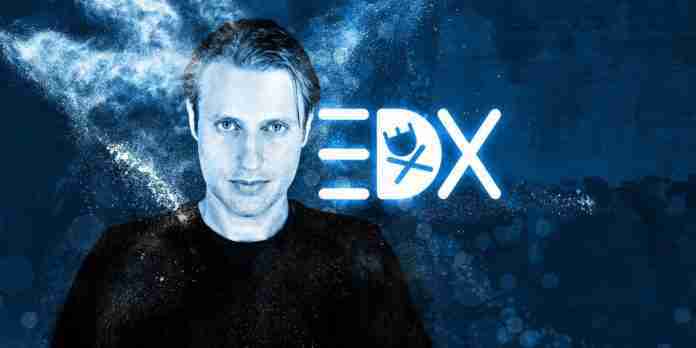 The Grammy-nominated Swiss producer and DJ draws heavy inspiration from the Italo house movement, which took center stage back in the ’70s and ’80s. Additionally, EDX dives into his musical roots with this meaty remix. “Don’t Sleep” is one of Chromeo’s biggest hits to date, and EDX delivers an incredibly signature piece.

The remix adds a flavorful amount of synth stabs and basses. It speeds up the rhythm from the original piece, but does it so superbly while nodding to the classic disco.

EDX has just been nominated for a Grammy this year for his remix of Charlie Puth‘s “How Long,” which made for an even more impressive year for the Sirup Music label owner. He also debuted his XIRCUIT on December 15 in Los Angeles, California, an interactive live experience that contains a state-of-the-art lighting and video elements.

EDX wants you to ‘Stay’ in deep single on Spinnin’ Records

Cascada release new track ‘I’m Feeling It (In the Air)’ on...