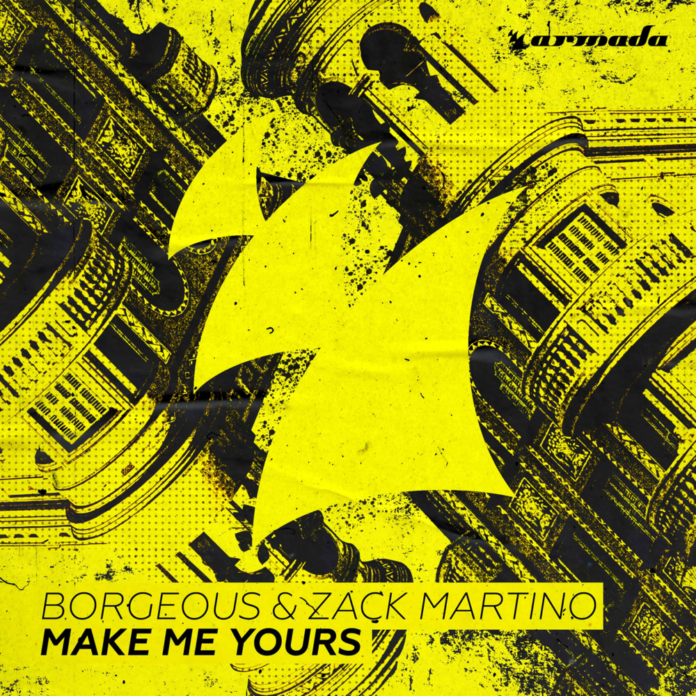 Borgeous and Zack Martino return to Amsterdam-based Armada Music with an anthemic collaboration called “Make Me Yours.” The track made its debut at EDC earlier this year.

Zack Martino released a barrage of jaw-dropping remixes, including a remix of Borgeous’s “Sweeter Without You.” This caught the attention of many and allowed him to debut on Armada Music with his track called “Hold On To Me” last year.

Proving that the artists have what it takes to produce an epic festival piece for the masses. It’s filled with explosive synths and a disrupting drop. Pair these two elements with high energy and, like the vocals sing, “we can make history.” Borgeous and Zack Martino have done just this in this heated piece on Armada Music.

David Guetta & Nicky Romero ‘Ring The Alarm’ with their third...