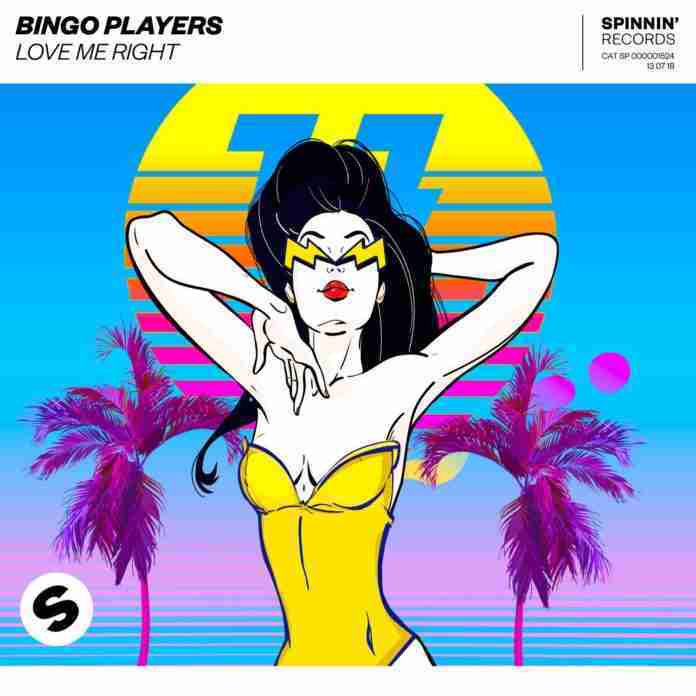 Bingo Players, which consists of Maarten Hoogstraten, have released their infectious commercial house/pop track “Love Me Right” on Spinnin’ Records. This release comes shortly after the release of “Everybody,” which saw a release earlier this year. In addition, Bingo Players toured the United States on the Everybody Tour, dominating festivals and clubs around the country.

“Love Me Right” is a summer anthem, no doubt. It features an ’80s sound with a disco rhythm and atmosphere. Bright synths, beautiful vocals, and pumping rhythms move throughout the piece as it spreads love all over the world.

“The release of ‘Love Me Right’ is really exciting to me as I feel it incorporates the classic Bingo Players sound. The record harkens back to cuts like ‘Cry (Just A Little)‘ but with a fresh summer 2018 twist to it. I’m looking forward to fans thoughts on this one!” – Maarten Hoogstraten

The Dutch act has been at the forefront of electronic music for years now. They’re known for hits like “Cry (Just a Little)” and their smash hit with Far East Movement, “Get Up (Rattle).”

Martin Garrix, David Guetta, & Brooks join up for robust ‘Like...

Martin Garrix does ‘Burn Out’ with Justin Mylo & Dewain Whitmore