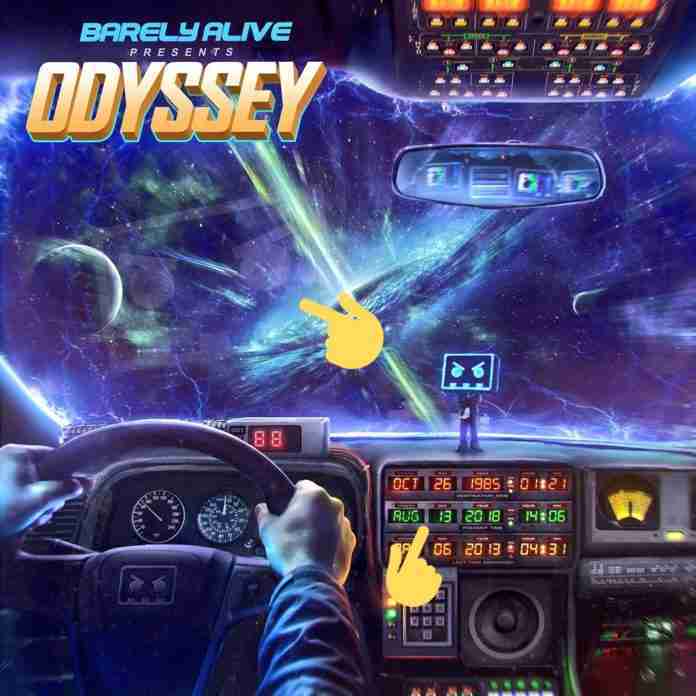 Barely Alive‘s last LP was back in 2015 on Disciple Records. Their sophomore album, Odyssey, has now seen a release on Disciple Records and it flourishes with a dynamic sound that’s different from their previous works. The album does, however, contain Barely Alive’s anticipated doomsday sound throughout.

The dynamic production duo teased the album for a number of weeks that ultimately brought it to its release on Monday, August 13. The producers took a unique approach to teasing the album through a 35-second video that placed 10 of the album’s tracks on top of each other. While it sounded like a mess when the tracks were placed over top each other, the album is the total opposite.

Odyssey is a 12-track heavy work of art that stomps through a myriad of frequencies throughout. Tracks like “Shutdown” and “Odyssey” devour the album’s heaviness. In addition to the maniacal bass that the duo is recognized for, the called upon artists like Great Good Fine Ok, Iamsu!, Mad Hed City, Splitbreed, Yves Paquet, and Nah Mean.

Odyssey is full of sonic surprises. It’s an album that will keep you on the edge of your seat throughout the entire album. You never know what you’re going to receive, so prepare yourself.