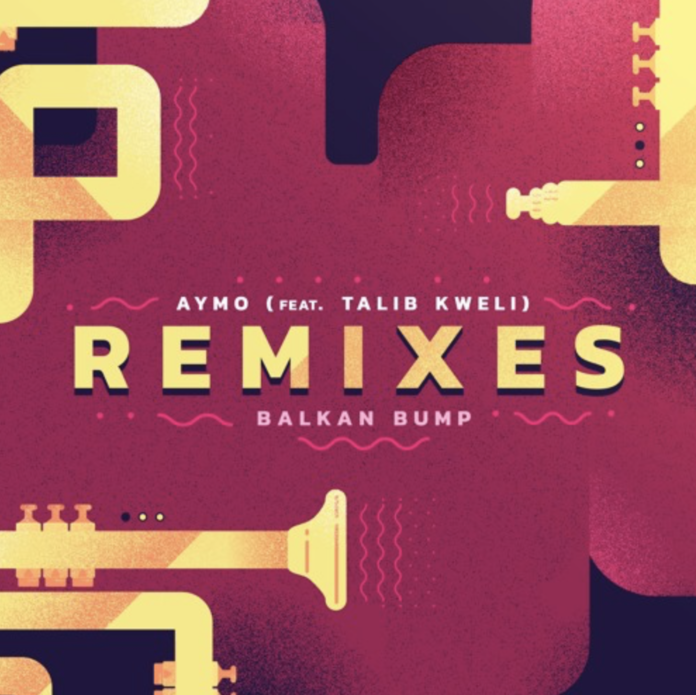 Balkan Bump and Talib Kweli‘s “Aymo” is an innovative piece the way it is. It was released earlier this year, and now it has received four astounding, equally as diverse remixes from artists like Poldoore, Beats Antique, Sidecar Tommy, Kotek, and Russ Liquid. In addition, there’s a little piece of everything in this EP for just about everyone.

With influences of hip-hop, trap, electronic, experimental, and ambient peppered effortlessly throughout, the “Aymo” remixes cultivate an invigorating sound that is solely unique to each remix. Poldoore’s remix begins the remix EP with a heavy Gramatik and hip-hop vibe. Kotek supplies the second track with a much more gritty texture, inciting a much heavier remix with deep basses and glitchy synths. Sidecar Tommy and Russ Liquid finish off the remix EP with groovier pieces and heavy cultural influences. Sidecar Tommy’s remix moves into a trap drop the second time around. Superbly crafted, the “Aymo” remix EP is infectious.

Will Magid, the mastermind behind the Balkan Bump moniker, is based in Oakland, California and is an ethnomusicologist. He’s racked up inspiration from all of the continents. Within a matter of 15 minutes, Balkan Bump can take you on an international journey to a Cuban beach, a West African wedding party, and a Serbian night club. Will Magid has performed for artists like Pretty Lights, Beats Antique, and Bonobo in the past.