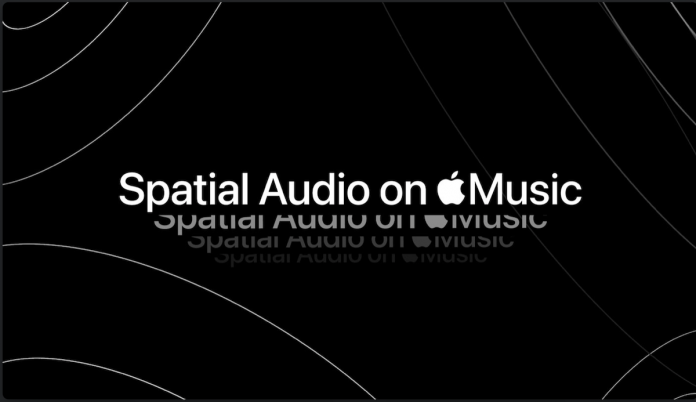 Apple just announced that Apple Music will be getting spatial audio with Dolby Atmos and will bring lossless audio to their entire catalog of 75 million tracks.

Coming to Apple Music subscribers in June of 2021, lossless and spatial audio with Dolby Atmos gives Apple a leg up amongst its competitors, namely Spotify, but subscribers won’t be able to experience true lossless audio because of an analog to digital digitization.

TIDAL and Amazon Music HD are really the only other digital service providers to offer lossless streaming of this kind.

What does lossless audio mean for Apple Music subscribers?

Put simply, lossless means that a listener can hear music the same as the engineers and artists intended it (like they’re heard in the studio). The files aren’t compressed or converted into other formats, causing important data in the audio to be lost during this conversion.

But this isn’t true lossless audio, so that’s a bit of a bummer. And Apple has confirmed to The Verge that lossless audio won’t work on their products, including AirPods Max.

Yes, you read that right. This hi-fi audio won’t even work on your Apple audio devices. Here’s why:

According to The Verge, “when you play a 24-bit / 48 kHz Apple Music lossless track from an iPhone into the AirPods Max using both the cable and Lightning dongle, the audio is converted to analog and then re-digitized to 24-bit / 48 kHz. That re-digitization step is the reason that Apple can’t say you’re hearing pure lossless audio; it’s not an identical match to the source.”

Sure. True audiophiles will most likely be able to hear an improvement over the audio quality, but the average consumer won’t. They won’t know what this even means (my mom would never be able to tell the difference). The higher resolution files are also going to take up more storage on your device if downloaded for offline listening.

How to enable lossless audio in Apple Music

Head to Settings > Music > Audio Quality. Once there, you’ll be able to select the different connections like wi-fi, cellular, or download. The “lowest quality” tier is CD quality, which is 16-bit at 44.1 kHz and climbs to 24-bit at 48 kHz and playable right on Apple devices. If you’re an audiophile then you can go all the way up to 24-bit at 192 kHz.

“The soul and life of the mix is sitting in the extra bits of data that are stored in the lossless file,” states mastering engineer Piper Payne in Apple’s press release. “As a mastering engineer, having the ability to convey the music to the listener at its highest quality is the end goal of what I work for every day.”

Apple claims that this is their ‘biggest advancement ever in sound quality.’

They’ve always had superior sound quality from their services and products. Apple Music subscribers will be able to listen to artists like J Balvin, Ariana Grande, Maroon 5, The Weeknd, and others with the Dolby Atmos option.

Check out the audio example of what Dolby Atmos is so you can get idea of what music will sound like with it on.

“I’m really excited to be part of this project with Apple Music because I always want to be a step ahead and I think this is one of those steps,” states J Balvin in Apple’s press release. “With Lossless, everything in the music is going to sound bigger and stronger but more importantly, it will be better quality. Hearing myself and my music in Dolby Atmos for the first time, it was just crazy, it blew my mind, it’s indescribable. I think fans will really love this new experience.”

Remix will be YouTube’s competitor to Spotify