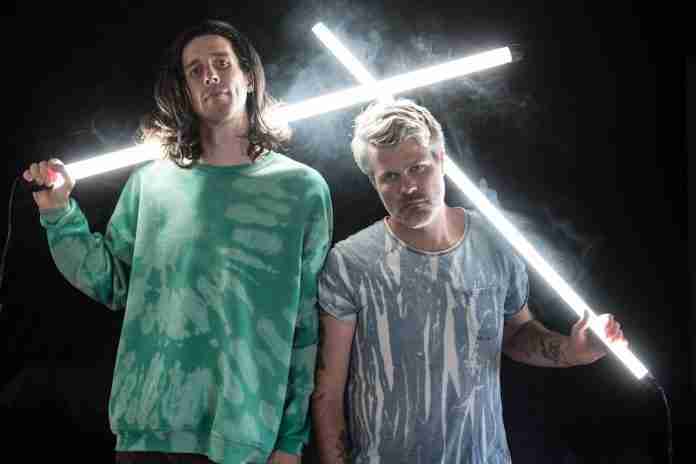 American electro-pop group 3OH!3 dominated the airwaves with tracks like ‘DONTTRUSTME,’ ‘STARSTRUKK,’ and ‘My First Kiss’ with Ke$ha.

3OH!3‘s tracks “DONTTRUSTME,” “STARSTRUKK,” and “My First Kiss” were paramount to the decade. The unique tonality, grunge, and dirty but not-too-dirty lyrics were enough to light up any dance floor with a word-for-word singalong. I know my friends and I went berserk at school dances when the DJ dropped one of their tracks.

The duo has sold over 15 million singles worldwide and received three RIAA certified platinum songs. “Don’t Trust Me” reached No. 1 on Top 40 Radio and No. 7 on the Billboard Hot 100. In addition to their global success since their 2008 inception, 3OH!3 have performed on shows like American Idol, Jimmy Kimmel Live!, and MTV Video Music Awards.

3OH!3 haven’t been too quiet, however. They’ve written tracks for Maroon 5, Ariana Grande, and Steve Aoki.

Their last album NIGHT SHOTS was released in 2016, but they’ve been writing and producing music for artists like Maroon 5, Ariana Grande, Steve Aoki, MAX, and Kesha.

Now they have returned, and new music is on the way.

While new music hasn’t yet been released, they released a teaser music video at, wait for it, 3:03pm Mountain Time. The video highlights the decade they have and shows a clip of Nathaniel Motte in the studio recording Sean Foreman‘s vocals.

2020 has been a wacky year, but this is perhaps some of the best news we’ve received (aside from Donald Trump losing the election).